Written by Elli Pertzov
Updated over a week ago

Dependencies between items, especially of cross-functional teams, play a significant role during prioritization, planning and development of new capabilities. In this release we’ve added 2-Way synchronization of Craft.io dependencies with Jira issue links. Craft.io dependencies are automatically mapped and synced to Jira’s “blocks”, “is blocked by” and “related” issue link types.

Craft.io's workspace follows the hierarchy of Product > Epic > Feature > Sub-Feature. Until now, Sub-Features were only synced to Jira and Azure DevOps as part of a parent issue, without the ability to sync them individually. This behavior made working with Sub-Features somewhat cumbersome. In this release we added the ability to sync individual Sub-Features once the parent issue was already synced. As with other item types, you can now sync changes and new items directly from the item panel, table view, and bulk update process. 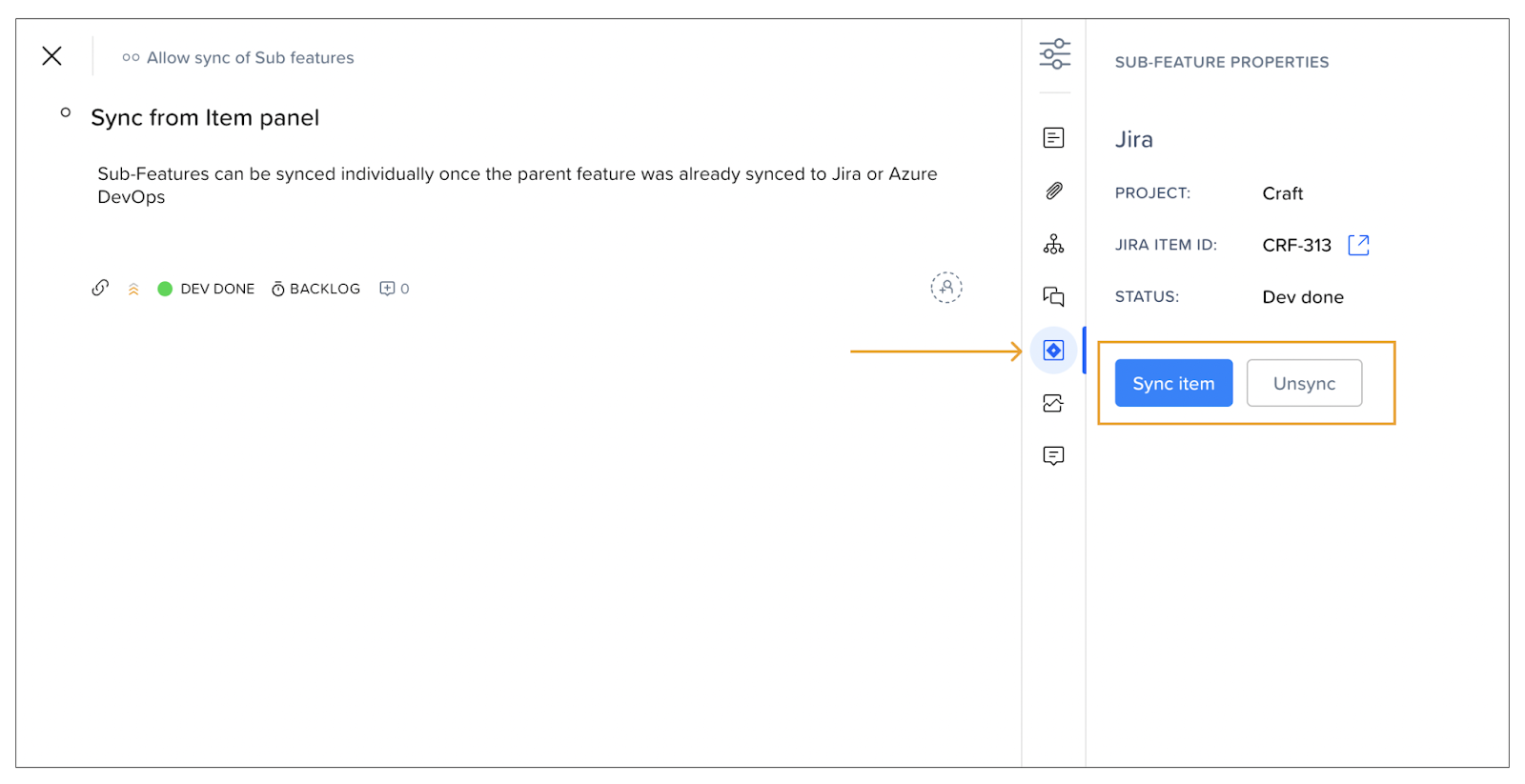