Written by Roni Ben-Aharon
Updated over a week ago

In this release we are adding ‘Dev assignee’ field to be part of the default fields when integrating with Jira and Azure Devops. As most developers work mainly within the software development tools, and not necessarily have Craft.io account, Dev assignee field gives you the ability to assign tasks to developers directly from our platform. This gives users the ability to both plan sprints in Craft.io and sync them to Software development tools, and get updates on the current work item assignee in Craft.io.

Importance is commonly set to organize the order in which teams should work on issues. Be it the engineering team working on a sprint or a product team deciding what to groom or where to invest time in next. Each organization has its own terminology for classifying levels of importance that best reflect their needs. With this in mind you can now fully customize the ‘importance’ values in Craft.io. Customize the importance values to best reflect how you prioritize your work and to align with the terminology used in the software development tool you integrated with for a smooth and clear transition.

Components in Jira are subsections of a project. They are used to group issues within a project into smaller parts. For example, teams may use components to group issues that describe work on specific data objects, services, plug-ins, or APIs within their project. We have added the Component field to the Jira integration with Craft.io. Enable it in the integration in the Field and Item type mapping. 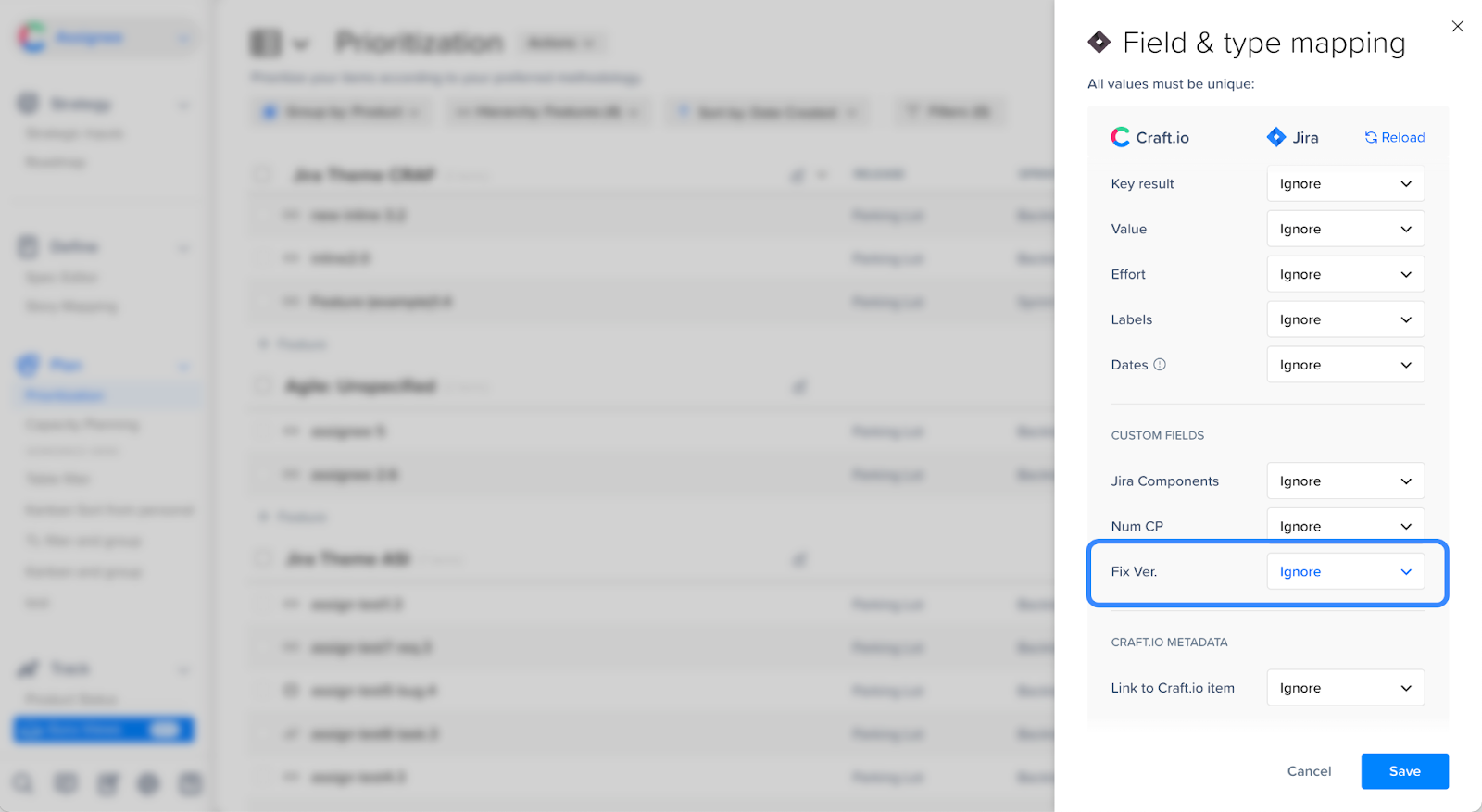 Writing clear requirements and specs is fundamental to product management. Requirements written with accuracy and clarity improve collaboration between you and the dev team. The Craft.io editor now supports the resizing of images in the item’s description simply by dragging them to the right size.

We hope you enjoy Craft.io’s latest features! Jump into Craft.io and try them out for yourself.

And don't forget to give us your feedback and thoughts in our Craft.io Feedback Portal.