How to use the 'Hierarchy' controller when creating different views

Written by Ayelet Abu
Updated over a week ago

The hierarchy structure in the Craft.io workspace includes 4 levels: Product, which is the top level and is mainly used as a container, and 3 additional levels that are used to hold the working items: the Epic level, the Feature level and the Sub feature level (the terminology can be customized of course).

The "Hierarchy" controller button, which appears in various views in the Craft.io workspace (Spec Editor, Table, Kanban, Timeline, Capacity Planning), allows you to easily select which level of items you'd like to show in a specific view - Epic level/Feature level/Sub feature level/Idea level.

You also have the ability to display items from different levels, by switching on the "Flexible Hierarchy" toggle and selecting multiple levels. 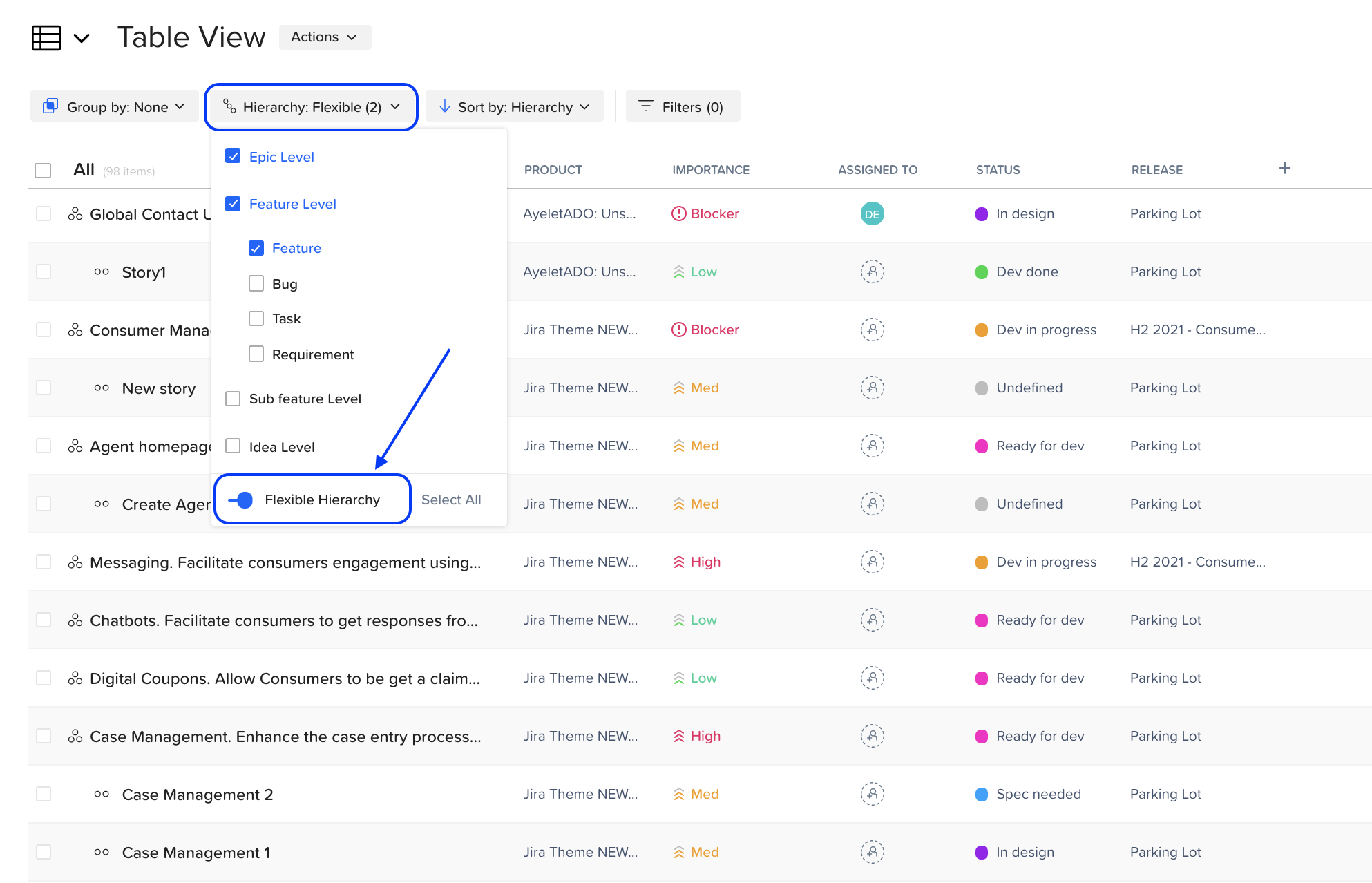 You can sort all the items in a certain view according to their hierarchy, using the 'Sort by' button, by selecting Sort by: Hierarchy. This allows you to list the items in the Table/Kanban view according to their natural order within the hierarchy - Epic will be displayed on top (as it’s listed in the Spec Editor), then all of the child items (Features) of that Epic will be displayed, then the second Epic and its child items, etc.

If you’ve defined that Sub-Features should also be displayed, they’ll be listed right after their parent Feature.

In the Table view, sorting by hierarchy will also include an indent for the child items. This is especially useful when you want to see Epics and their child items, all together in one view. 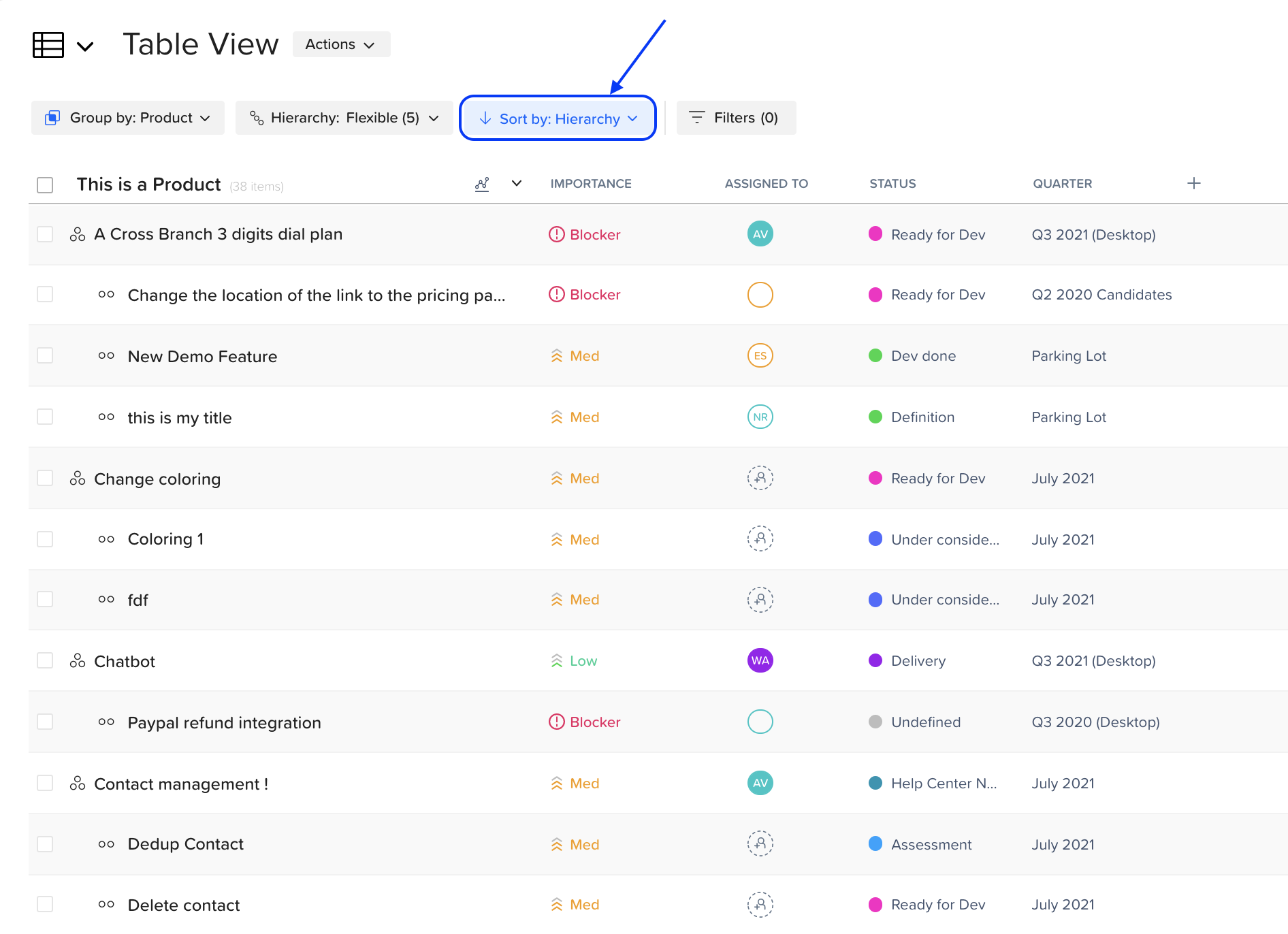 Note: The "Hierarchy" controller replaces the "Type" filter button which was previously included in most views.