Written by Roni Ben-Aharon
Updated over a week ago

Craft.io’s robust Jira integration has been available for years now. Until now, Product Managers could easily plan, prioritize and define development tasks in Craft.io, and then sync them to Jira. After items were synced with Jira, product owners or scrum masters would continue the flow in Jira, organizing the tasks into sprints, and assigning them to developers.

Today’s release simplifies this flow, saving valuable time for Product Owners.We’ve taken the integration with Jira to the next level, allowing Product Owners to organize their upcoming sprints and assign tasks in Craft.io, so that they can benefit from the simplicity and wide product data context that Craft.io provides.

Craft.io and Jira sprints are now synced -- every time you sync an item from Craft.io to Jira (and if webhook applies, also from Jira to Craft.io), the item’s sprint will be updated as well. If an item is in a sprint that does not exist yet, the sprint will be created when the item is synced.

This means that you can plan your next sprint in Craft.io, and once finished, simply sync all items -- with all of their associated data -- to Jira, where they will appear within the relevant sprints. If webhook applies, changing the sprint of an item in Jira will update the item’s sprint in Craft.io as well.

Tip: We suggest that you give each Jira sprint a distinct name to avoid confusion between different project sprints in the case that you are integrating a Craft.io workspace that includes several Jira projects (e.g. 2 Jira projects: Frontend & Backend). For example, you can name each Jira project according to the project name or key (e.g. “BE Sprint 1” for the Backend project as opposed to “FE Sprint 1” for the Frontend project).

This release offers additional value to Product Owners by delivering the ability to map Jira Assignee fields to Craft.io so that tasks can be assigned to developers within Craft.io. Once mapping has been set up, , the Jira’s Assignee field will also be updated when syncing an item from Craft.io to Jira. If webhook applies, updating an assignee in Jira will automatically update the correlating Craft.io field. This gives users the ability to both plan sprints in Craft.io and sync them to Jira, and get updates on the current Jira assignee in Craft.io.

As most developers work mainly with Jira, and usually don’t have a Craft.io account, such mapping is done by creating a Selection custom field in Craft.io, and then mapping it to Jira’s Assignee field.

Tip: Make sure to write the name of the assignee exactly as it’s written in Jira, to ensure that it will be mapped correctly. 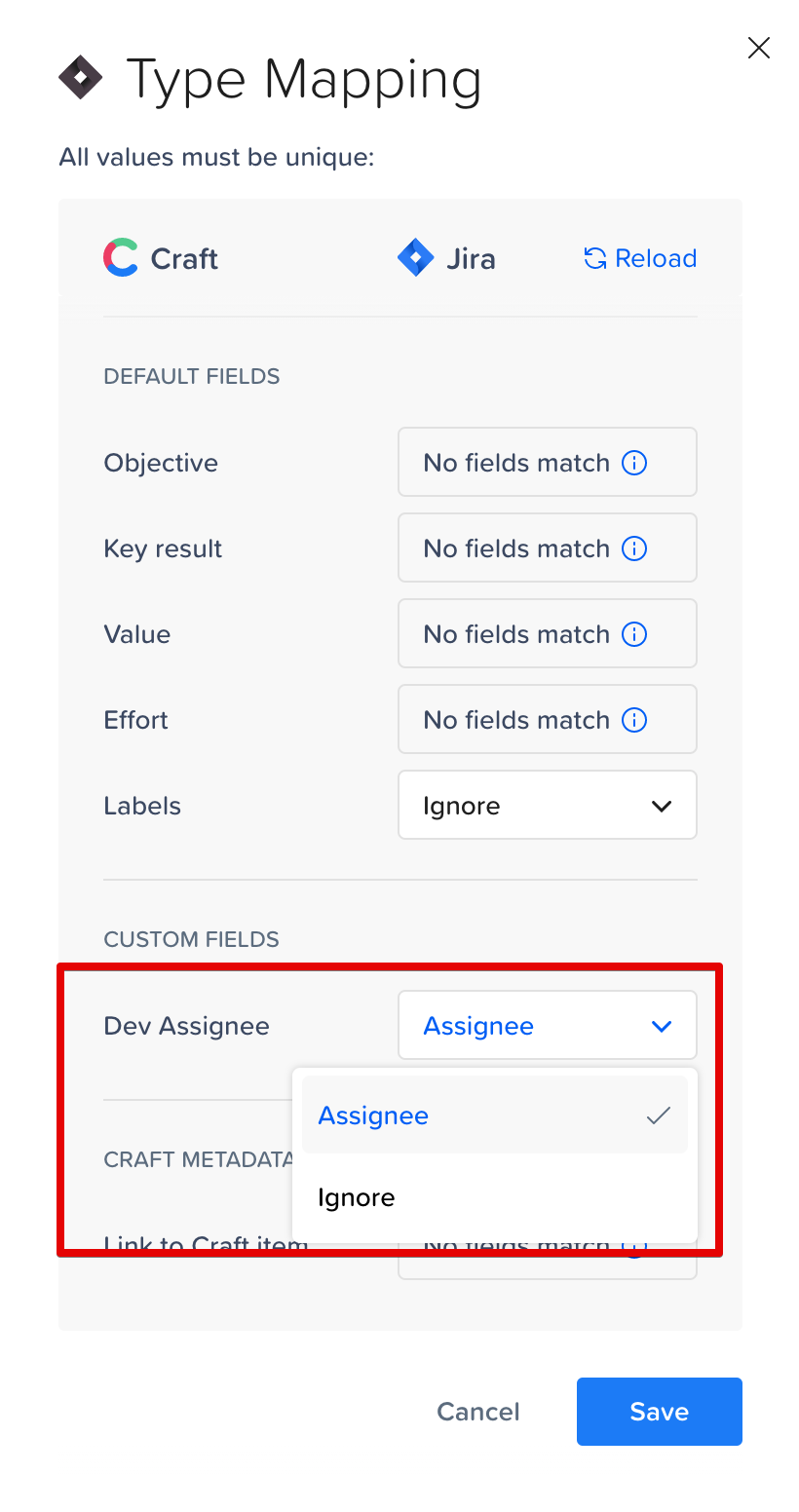 Planning a sprint in Craft.io

So how should Product Owners now work in Craft.io?

Last but not least, we’ve simplified the way items are moved in the hierarchy, epics are moved to another product, and features moved to another epic. Now you can simply go to the item’s 3-dots menu, and move the item by clicking on the “Move to” button.

We hope you enjoy Craft.io’s latest features! Jump into Craft.io and try them out for yourself.

And don't forget to give us your feedback and thoughts in our Craft.io Feedback Portal.